What Office Markets Can Take Away from Austin’s Boom 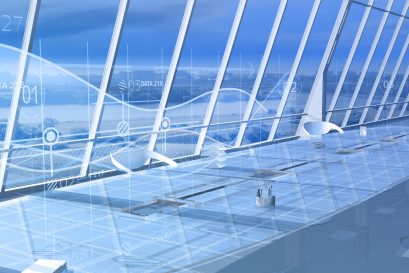 Blurring the Line Between Tenant and Workplace Technology

How Companies Are Calculating Their Office Space Needs

One of the most common things I hear these days when talking about empty office buildings from people outside of the industry is “they should just turn them into apartments.” It makes sense, why let office buildings sit with so few occupants when many cities are in the middle of a housing shortage? But for most office buildings, it’s not that simple. Granted, office-to-residential conversions can be very successful. In 2020 and 2021, more than 13,000 apartment units were created as result of office conversions across the country, especially in the cities of Arlington, Virginia, Washington, D.C., and Chicago, according to RentCafe. But in most cases, a building that’s a candidate for a conversion needs to check off a lot of boxes before a developer is able to take the plunge, and in a lot of major cities around the U.S., not many buildings fit the bill.

But that doesn’t mean cities aren’t trying. In places like Washington, D.C., Chicago, and Calgary, city officials have launched incentive programs to help developers create needed housing out of vacant office buildings in central business districts. All three cities have areas where older Class B and Class C buildings are posting low occupancy rates, and that’s something both office owners and city leaders don’t want to see happen. Empty office buildings can turn into blight, causing nearby retail to struggle and an overall negative effect on the surrounding neighborhood.

Calgary, the largest city in the Canadian province of Alberta, is undertaking the most ambitious office-to-residential conversion plan of probably any city in the world. It’s a city that is known for being the capital of the country’s oil industry and for its abundance of downtown skyscrapers, which all together total 45 million square feet of office space. Unfortunately, many of those towers have been empty for the last several years.

Calgary’s Director of Downtown Strategy, Thom Mahler, said at the WRLDCTY (sic) conference in Manhattan earlier this month that the city’s office problems began well before the pandemic. In 2014, when Calgary went through an oil bust, companies left downtown office buildings in droves, causing the CBD to lose a “massive” workforce. As a result, the city lost $16 billion in property value after the crash, and the city’s government decided something had to be done. Officials ended up partnering with Gensler and were able to zero in on 14 million square feet of office space that could be converted into residential buildings, something Mahler called a “huge leap of faith.” The city rolled out a $100 million development incentive program that triggered a huge amount of interest in the real estate community, and so far, five projects have been approved to go forward.

Chicago city officials are looking to tackle the vacant office problem too. Mayor Lori Lightfoot recently announced a plan to help developers finance conversions of offices in the city’s LaSalle Street corridor into residential buildings. The city said it would provide tens of millions of dollars in subsidies to help revitalize the area, which houses several landmark office buildings in downtown Chicago. The corridor has the highest vacancy rates in the city’s downtown and has struggled with occupancy since the onset of the pandemic. With the new program, the city is aiming to create 1,000 apartment units in the program’s first phase, many of which will be designated affordable. “There is nearly 5 million square feet of vacant commercial space on the LaSalle Street corridor, but not a single unit of affordable housing,” Lightfoot said in a statement announcing the plan.

In Washington, D.C., where the office vacancy rate reached an all-time high of nearly 20 percent this summer, city leaders are also looking to convert empty offices into housing. The city announced an effort to look more closely at these kinds of conversions late last year, in a bid to see how feasible it was to do more conversions at scale to help revitalize struggling areas downtown. Since then, the city included tax abatements for conversions to housing in the downtown core in its 2023 budget proposal. Like many other cities around the country, the city needs more housing built. D.C.’s Mayor for Planning and Development explained that downtown needs more housing in order to keep up with newer neighborhoods. “We need to do it to save downtown,” he said . “The only way to do that is to have a better mix of uses.”

But will these city programs be enough to help find a way to utilize the currently vacant office buildings? “Absolutely,” said Jeffrey Havsy, an analyst at Moody’s Analytics. “That’s going to be needed going forward. We’re going to need public-private partnerships to get over these hurdles.” Havsy recently studied the office-to-residential conversion trend and outlined the challenges faced by developers looking to turn office buildings into other uses in his analysis . Using New York City as a case study, Havsy found that only about three percent of the 1,100 office buildings in the city Moody’s tracks have the characteristics needed to be a viable residential conversion, the vast majority of which are class B or C office properties.

One of the biggest issues is the size of a building’s floor plates. Office buildings tend to have larger floor plates that only allow a limited amount of natural light within interior offices and storage rooms. In apartment buildings, unit depths usually max out around 40 to 50 square feet. If an office building has deep floor plates beyond 100 or 120 square feet wide, they won’t make a good conversion candidate. Another is ceiling height. For office buildings, desirable ceiling heights are much higher than for residential buildings. When Gensler undertook a study of office-to-residential conversions, the firm found that typical Class C building ceiling heights are around 12 feet, a figure considered “oppressively low” for offices, but one that is thought of as “luxurious” in an apartment building. Zoning is also a major factor in a potential conversion, and can limit what a developer can do by adding parking and other requirements, and even if rezoning is an option, it’s often a lengthy process.

An Ode to Building Maintenance Workers

Brad Hargreaves, the founder of General Assembly and co-living firm Common, said one of the biggest hurdles for developers looking at conversions doesn’t have anything to do with cost or floor plate sizes. “I think one of the biggest challenges these projects face is getting them to feel residential, because an office building has a very different look and feel than a residential tower,” Hargreaves said. He gave the former WeLive community at 110 Wall Street in Manhattan as an example of what can happen with these conversions, “you still had to walk through office turnstiles to get there, and that doesn’t feel residential, that doesn’t feel like home.” He pointed to building details like lighting, materials and exteriors, which can say a lot about whether the building is a workplace or a place to live.

NYC-based Metro Loft is a developer that has been successful with multiple office-to-residential conversions it has completed. One of those, 180 Water Street in Lower Manhattan, was a building that wasn’t an ideal candidate for conversion and had deep floor plates and lacked natural light and air for what would be interior apartments. To get around the issue, the company carved out a 30 by 40-foot courtyard right into the center of the building. By doing that, Metro Loft was then able to add additional penthouse apartments to the roof of the 24-story tower and still maintain its floor area ratio, or FAR. The developer is currently working on converting another Lower Manhattan building, 55 Broad Street, into luxury apartments. Built in 1967, the building has larger floorplates, inoperable windows, and facades that will have to be completely overhauled, according to architect Nancy Ruddy, whose firm is working with Metro Loft on the project. She compared the conversion project to a ‘puzzle’ with ‘problems to solve.’

Owners are Getting Creative with Vacant Office Conversions

Despite all the efforts being put toward converting office buildings to housing, office-to-residential conversions may continue to be a minor trend, unless office building values and office rent prices experience a significant, permanent decline. Until then, many of the conversions that do take place will end up as luxury apartments or condos instead of affordable housing. However, there are some reasons to be optimistic about the potential for more conversions to pencil. “People who do this on a regular basis are becoming much more efficient at it,” Moody’s Havsy said, adding that he is seeing more reuse and repurposing of materials on projects.

Transforming vacant offices into housing will continue to be something that cities and developers pay attention to closely, especially with more cities looking to public-private partnerships to get conversions like these done at scale. As designers and developers get more savvy in finding solutions to common obstacles, it will hopefully lead to more innovation that will help get projects done faster and at a lower cost. There’s still a lot of room for innovation in the office-to-residential niche, and it could be what’s needed to turn the minor trend into a major one.