One Times Square Redevelopment Will Include Augmented Reality Experience 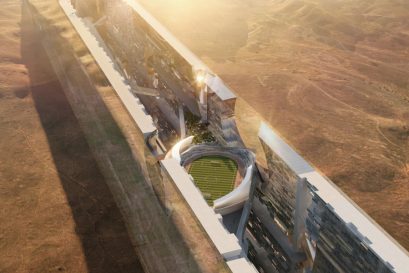 As the invasion of Ukraine rages on, the U.S. government is continuing its crackdown on the real estate assets held by Russian oligarchs. A British national connected with Russian oligarch Oleg Deripaska was arrested recently for allegedly acquiring and managing U.S. real estate in violation of the government’s Russian sanctions.

Graham Bonham-Carter was arrested in the UK and faces extradition to the U.S. and is being held on wire fraud charges and conspiracy to violate U.S. sanctions, according to the Department of Justice . Deripaska purchased two Manhattan houses and one in Washington, D.C., between 2005 and 2008. After Deripaska was placed on the U.S. sanctions list in 2018, the feds allege he set up a shell company run by Bonham-Carter to manage the properties.

Deripaska bought the two NYC properties for more than $50 million combined. They are among eight New York City properties owned by known sanctioned Russian oligarchs. Bonham-Carter could face more than 20 years in prison for managing the properties and shell companies for Deripaska, who the British national referred to as “my boss” in emails obtained by the feds.

Deripaska was likely a prime target because of his close ties to Vladimir Putin and his background. He was put on the U.S. sanctions list due to his alleged involvement in murder, money laundering, and racketeering, and he’s also been linked with Russian organized crime. The war in Ukraine continues to escalate, so sanctions and investigations against oligarchs will, too, and any real estate tied to sanctioned Russians will be under very close scrutiny.