How Investors Are Finding Opportunity in the Suburbs

Leading Architect Discusses How Office and Residential are Colliding 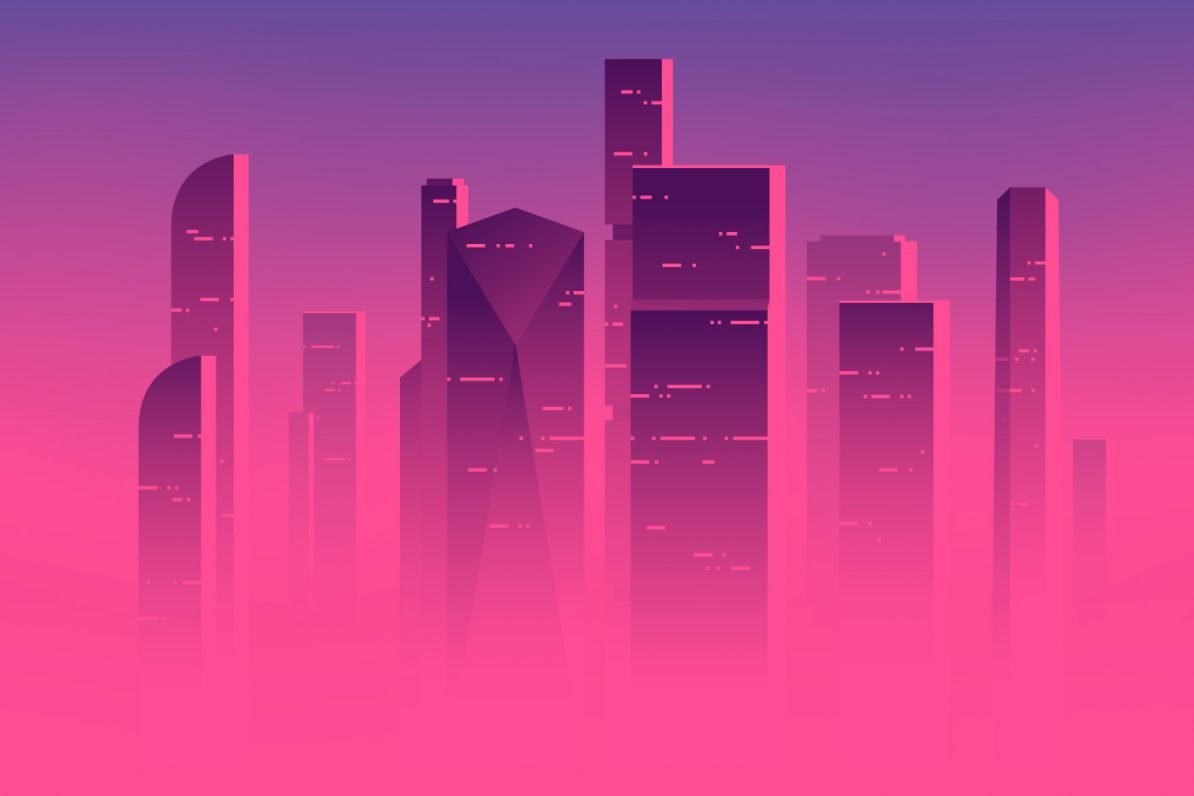 The phrase “smart city,” evokes visions of a utopian metropolis filled with beautiful buildings, streets devoid of litter, and maybe a flying car or two. But even in this tech-gilded day and age, the term is still purely aspirational. There have been many attempts across the world to create an idyllic urban ecosystem, but if a smart city ever makes it to the ribbon-cutting, the cracks in the marketing begin to show, eventually flaking off into a trail of broken promises. Sure, adding technology to infrastructure is nice, but the whole point of smart city technology is to create value for those who live and work there. As of now, we haven’t quite figured out how to achieve that, but architects and planners keep flirting with the idea. In order for smart cities to succeed, we may need to tweak the definition from cities that are tech-laden and internet-driven to cities that make decisions based on a deep comprehension of the cities’ individual context.

If you strip away the flashy tech accessories, smart cities possess a very simple ethos. A smart city is an interconnected framework of technology and infrastructure. That’s it. A smart city is just a city that uses tech to better understand how to run it more efficiently.

By that definition, a smart city is, quite frankly, any city that runs on internet connectivity. While the internet is not as widely available in as many major metropolitan areas as you would expect, almost every not-so-smart city draws its data by using it. So if that’s the case, the thing that makes smart cities “smart” seems to be the theme of overly ambitious pitches that promise to inspire change on a global scale. The problem is that those grandiose promises can’t possibly be executed for a variety of reasons, including the sheer economics of city building in the first place.

If you build it, they may not come

Masdar City in Abu Dhabi was supposed to be the most sustainable smart city in the world when the development was announced in 2006. Deep in the heart of the oil country, Masdar City was promoted as the beacon of energy-efficient urban developments that would inspire better understanding and investment in green energy and technology. But the estimated cost of building Masdar on par with the developer’s post-carbon vision came to around $20 billion . The financial crisis and unexpectedly high construction costs were largely to blame for the glacial pace of seed capital, and the goalposts only kept moving.

After a few years of construction, Masdar City abandoned its ambitious net-zero smart city master plan. As of now, renewable energy only partially powers the city’s infrastructure. While construction on Masdar City isn’t expected to finish until 2030 (an optimistic estimate), it’s open for businesses and residents. Yet the buildings are currently mostly unoccupied, and the few people who live there are Masdar Institute of Science and Technology students, who study sustainability for a few years before moving elsewhere. Masdar is essentially the most environmentally-friendly ghost town on earth.

Much like Masdar City, other smart city developments ran into funding issues. Google’s parent company Alphabet cited pandemic-induced financial woes when it scrapped construction for Sidewalk Labs in May of 2020. Set in Quayside, a stretch of waterfront in Toronto, Canada, Sidewalk Toronto was slated to become a fully integrated physical and digital urban system (complete with self-driving vehicle-friendly roadways) that would reignite the downtown region. A digital layer would manage a data repository, provide an application programming interface for outside developers, and increase the adaptability and efficiency of the physical infrastructure, including buildings, transportation infrastructure, utility infrastructure, and public realm. Alas, it never came to pass, although the problem was more complicated than just dollars and cents. Evidence points to increased scrutiny over privacy and surveillance data harvesting as a key driver in getting the project scrapped altogether.

Fears of widespread surveillance that stained the public perception of Sidewalk Toronto are already bubbling for Saudi Arabia’s proposed smart city, Neom, which is already mired with logistical nightmares that could prevent the project from ever getting finished. Neom is the most ambitious smart-city project to date, because it’s not just supposed to be a bastion of tech, it’s very existence represents the liberalization of the deeply conservative Saudi Arabia. If completed, Neom will not be bound by Sharia Law, which has the potential to open the Pandora’s box of the global economy , but experts are waiting with bated breath for that to happen. Neom is egregiously over budget and way behind schedule as Crown Prince Mohammed bin Salman drums up one eccentric idea after the next (glow-in-the-dark sand, anyone?), effectively obliterating the project’s potential.

One of the most befuddling smart city failures is Songdo, South Korea. Songdo was envisioned as a wholly sustainable, high-tech city that was created with the vision that automobiles, pollution, and crowded areas would all become a thing of the past. It was intended to have all of the advantages of being in South Korea’s nearby capital city but without the drawbacks. Songdo was considered a prototype for how we will live in future cities, but the reality of what this smart city swiftly evolved into has us reconsidering where the marriage of technology and community may have gone wrong.

Officially known as Songdo International Business District (Songdo IBD), architects and urban planners collaborated on the creation of Songdo, South Korea, for more than ten years. Why so long? Because Songdo is a city built on roughly 1,500 acres of land that was reclaimed from the Yellow Sea.

Songdo was initially built to ease the congestion from the nearby capital city of Seoul. Technically, it is a continuation of Incheon, a major transportation hub that makes the city easily reachable for both domestic and international passengers. The city’s vision encapsulated a utopia that provided everything that Seoul lacked while serving as a new global economic hub with the skills and resources necessary to rival other Asian economies. And yet, Songdo is an empty metropolis town that is still struggling to attract residents.

Is Your Property Ready for its Close-Up?

Locationally, Songdo has the advantage of being a gateway to South Korea by both sea and land, which is probably what made the initial concept an easy sell. It did look good on paper, but while planners and developers were convinced that Songdo would be a bustling hub of international commerce, simply being within the vicinity of a transportation hub only provides access, it’s not enough to attract people…which means it’s not enough to attract businesses.

Songdo is one of the rare smart cities that technically completed construction. It was slated to be finished in full by 2015, however, issues forced the developers to extend the deadlines until 2018. Songdo stands out from many other smart cities as it does deliver on many of its tech promises. Trash bags along the street and garbage trucks are essentially nonexistent; pneumatic tubes transport waste directly from residents’ homes to an underground waste facility, where it is sorted, repurposed, or burned for energy production. In Songdo’s apartments, everything from the lighting to the temperature can be changed using a central control panel or a smartphone. While these amenities are certainly futuristic, not to mention terribly convenient, it made it all the more expensive to build. The few people that inhabit Songdo are of a higher socioeconomic status, making the city feel more like an exclusionary neighborhood more so than an interconnected space that works for everyone, you know, like what a true smart city is supposed to be.

Smart cities, in general, are incredibly costly to construct, and that can be a problem when it comes to attracting residents. We’ve seen these financial problems play out in the development of Masdar, Sidewalk Labs, and Neom, but Songdo offers a rare glimpse into the end result of that high cost of construction. Housing costs in Sondgo were far higher than other comparable markets, making it cost-prohibitive for most Korean residents. When developers began to realize that few Koreans were interested in their creation, several lost interest in the project and quit working on it. As a result of the construction halt, numerous unfinished homes can now be seen in Songdo. At this point, Songdo is more like South Korea’s prettiest ghost town than a revolutionary smart city.

The World’s Most Ambitious Skyscraper is a Real Estate Mess

In short, we haven’t quite figured out how to build a smart city yet. Or at least, we may have lacked the resources and ability to follow through to make smart cities sustainable and thriving. Urban policy makers must comprehend the relationships between the context of the city, like factoring in what their cities’ residents can feasibly afford. Perhaps that means that smart cities cannot thrive without substantial government subsidies and enough tax incentives to make developers take the leap. Or, perhaps smart city planners should stop conflating their smart city projects as a self-sufficient tech paradise, because chasing after that carrot has never ended well—either the development fails to come to fruition or, as we see in the case of Songdo, the development costs so much to build that local residents can’t even afford to live there.

It’s not tech that makes smart cities “smart,” it’s people. That means smart cities need to be inclusionary rather than exclusionary, and planning a smart city on that utopian vision rarely works out, and when it does, you can hardly call it a “utopia.” The smart cities of the future may not be utopian, but they must be intelligently designed to handle cultural and technological change, achieved via collaboration and inclusiveness.