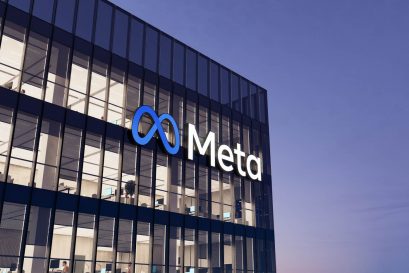 What Does Meta’s Recent Office Downsizing Say About the Market? 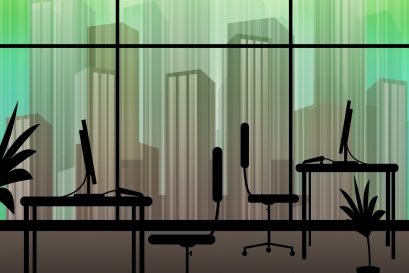 Noise-Canceling Windows Are on the Office Tenant’s Wishlist

Leading Architect Discusses How Office and Residential are Colliding

What Office Markets Can Take Away from Austin’s Boom

In late 2006 the hot housing market started to slow. This seemingly harmless drop in prices started a chain reaction causing foreclosures and toppling the housing market. When the fifth largest investment bank in the world at the time, Bear Stearns, announced that two of their large mortgage backed hedge funds had imploded, a selloff was triggered that sent the equities markets and everything connected to them into a nosedive. This unexpected, systematic shock to the economy eventually pulled the country into its longest recession since the second world war.

In response to the fallout of the mortgage crisis, the Federal Reserve was forced to do one of the only things it can do to help a struggling economy, drop interest rates. And drop them they did, to historic lows. In September of 2007, the Federal Funds Rate was 5.25 percent, by December 2008, it was just a quarter of a percent. The Fed then went as far as buying mortgage debt in order to help the housing industry and promised to keep rates low all the way until 2013.

All of this seems like ancient history now, but what happened over a decade ago is still weighing on our situation now. Eventually, the world got used to these incredibly low-interest rates. The abundance of cheap capital spurred growth in the equities market and pushed property valuations to new highs. Despite the predictions, inflation never became an issue in the aftermath of the Great Recession, that is until now. All of the stimulus packages created in response to the pandemic, along with the recent supply chain struggles, are finally pushing inflation up, and the Fed has been quick to act. The last three Federal Reserve meetings have come with announcements of a three-quarter of a point increase in rates, boosting it to just over 3 percent. Fed officials foreshadowed more big moves in the future and don’t expect to lower rates if inflation is tamped down, of course, until 2024.

Rising interest rates are one of the main issues facing the property industry today, and no property sector is watching more closely than the office. Offices are already undergoing a lot of strain from a growing contingent of companies that are embracing working from home, full or part-time. Now they will have to navigate rising interest rates and the slowing economy that it brings. There are many important effects of rising rates on the office market, some of which are not as obvious as others.

The real estate industry is built on top of borrowed money. Loan rates and terms that lenders dictate determine what can profitably be bought, built, or remodeled. Commercial mortgages are even more sensitive to rate hikes because they have shorter terms than residential ones. The growing cost of capital is already starting to slow deal volume and bring down asset prices but not as much as you might expect. There is still plenty of capital available for commercial real estate loans, thanks in part to inflation. “There is a great desire across capital providers to put money out because they need yield to outpace inflation,” said Scott Singer, Principal of Avison Young’s Tri-State Debt and Equity Finance. “Not a single transaction where we are not getting proposals.”

The free-flowing supply of lending capital is helping dampen the effect of the rising cost of debt on building valuations. Most property investment firms have a mandate to deploy capital, so even though higher rates make financing more expensive, as long as a deal is able to pay off debt and be profitable, it will usually get greenlit. “What I have always seen as a pervasive attitude among owners is a feeling that they are primarily focused on the real estate business, not prognosticating on timing the changes in interest rates,” Singer said. “If they can secure funds at a level where they can comfortably pay their debt service, then they can live with higher rates.”

Singer was quick to point out that even though rates seem high now, historically, they are still low. [Note: this comment was made when the 10-year Treasury rate was at 2.75%].  “Living through a decade when the base rate was close to zero has warped our perception of what ‘normal’ rates are.” If you average the Federal Funds Rate out since 1971 it comes in at around 5.4 percent. The rate has even gone as high as 14.6 percent in 1980, and even that did not slow property turnover as much as in the aftermath of 2008.

As rates go up lenders might not always have the same appetite for loans on office buildings. One reason is that the risk of default goes up for borrowers if asset prices fall. But another important reason has to do with how the lending rates are calculated. Lending rates vary, but they are usually pegged a few percent above the Federal Funds Rate. When the rate goes up those few percent equate to less of a return proportionally. “The typical spread between 30-year mortgage rates and 10-year Treasury rates is between 1 and 2 percent,” said Josh Panknin, Director of Real Estate AI Research and Innovation at Columbia University. “When Treasuries are at 4 percent and mortgage rates at say 6, there is a 50 percent premium on mortgages above Treasuries. But when Treasuries drop to 1 percent and mortgage rates are at 3, lenders are getting a 200 percent premium on mortgages,” Panknin continued, “so when rates are really low, lenders tend to chase higher yields by investing in mortgages. But when rates increase, and the risk premium falls, lenders may start to pull back from mortgage lending.”

For properties on the edge of profitability or ones with large loans coming due, the higher interest rates will push them underwater. There is no way around that. While this is unfortunate for the investors in these properties and the bank that funded them, it will not cause the same snowball effect on offices that the mortgage-backed security crisis did for residential homes. After 2008 lending standards tightened, and most commercial office owners have a lot more cushion to land on than the average homeowner.

“In general, a high rise class A office building in a central business district is considered a ‘‘core asset,’ said Phil Mobley, National Director of Office Analytics at CoStar. “That kind of property is bought for its cash flow by an organization that usually plans on holding it for the long term.” This has buffered larger office buildings from the same kind of panic selloff that other asset types typically see when interest rates go up.

If the outlook for offices gets worse, there might be less patient capital looking to buy and hold office properties. One notable example is that of Oxford Properties, the real-estate arm of the $90 billion Ontario Municipal Employees Retirement System, which is scaling back its office allocation. If more institutional investors like pension and sovereign wealth funds turn away from office towers we could see less of a buy-and-hold attitude from office landlords.

Offices are also a favorite asset of larger investors like hedge funds and REITs. These large landlords leverage their creditworthiness to take out new loans when their old ones come due. But if there is no clarity on the future rates of loans when their current ones come due, it could scare even the biggest names away from new investments. Without the long time horizon of large firms, Class A offices might become as susceptible to interest rate fluctuations as other property types like retail, which are often bought with an expected hold period of five to seven years.

We have still not landed on what the lasting effects of the growing work-from-home trend will have on office properties. Office occupancies around the country are creeping up, and more companies are calling employees back into the office. The fate of the office market depends on large companies continuing to see value in shared workspaces. Often this is at odds with employees, who have grown accustomed to working from the comfort of their homes.

Who wins the return to the office battle depends a lot on who has the power, employees or employers. Currently, the tight hiring market has given employees the upper hand, but this advantage might be fleeting. “We are in a different situation with the office market than we have ever been,” said Ryan Severino, Chief Economist at JLL. “In a normal inflationary cycle, the Fed is trying to slow the economy down. But this time around, they are focused on cooling the labor market specifically.” If the Federal Reserve is able to douse the red hot labor market like it hopes to, then it could shift the balance of power to management, who generally like to see their employees in person, at least from time to time.

Raising interest rates is not the most precise tool when it comes to slowing down a labor market, but it is the only tool that the Federal Reserve has. They have so far been resolute in their promise to keep raising interest rates until inflation from increased labor costs is tamed. But there are plenty of stumbling blocks on the path to a normally functioning economy. There are plenty of reasons for a labor imbalance that has nothing to do with a growing economy. The older generation is retiring or already took the opportunity to do so during the pandemic, leaving a smaller, younger population to fight over the positions. Unclear immigration policy has caused many skilled foreign workers to return home or not come to the U.S. to look for work at all.

There is also the issue of political will to consider. Right now, most people do understand the reasoning behind the Fed’s decision. But that understanding will wear thin as more people start to lose their jobs or close their businesses. The job market has always been a major indicator of the success of an incumbent president, so we could see pressure coming down from the executive branch to try to get the Fed to ease up on their interest rate pledge come the next election.

On its surface, rising interest rates are bad for all real estate. But when it comes to the situation that many office owners have found themselves in, there is more nuance than you might expect. Property valuations have hit all-time highs, especially when compared to NOI, so a pullback is expected. But if offices can weather the storm in the short term, there is no reason to think that it will not be once again considered a low-risk, cashflow-generating asset again soon.